I failed in meeting my goal to play seven games this week.

I failed because I played a game last night fully expecting to lose that game to become a 6k without a question mark after my rank. If I had lost that game I would have cheerfully gone on to play the remaining three games I needed to meet my goal of seven rated games for the week and I would have probably finished the night as a 6k or a 7k. 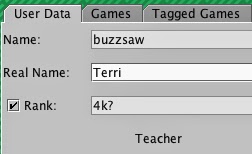 However, I am now 4k with a question mark because I won what should have been the first of four games last night, but which turned out to be the ONLY game last night.

It was a typical game for me. BenGoZen ran into me on the server and clicked through the game to take a look at it. I played the Chinese Opening as I often do as black. Ben said that it was a peaceful game, and that I managed to hold my lead well. I told him that it is typical for my games to be peaceful unless my opponent complicates things. That is fine as long as one is ahead, and in this game I believe I was. I told BenGoZen the story of how I earned the name buzzsaw by fighting back with a vengeance when someone complicated a game. My opponent called me "Lady Buzzsaw" and I liked it.

Here is the board position at the end of the game that earned me my 4k? rating: 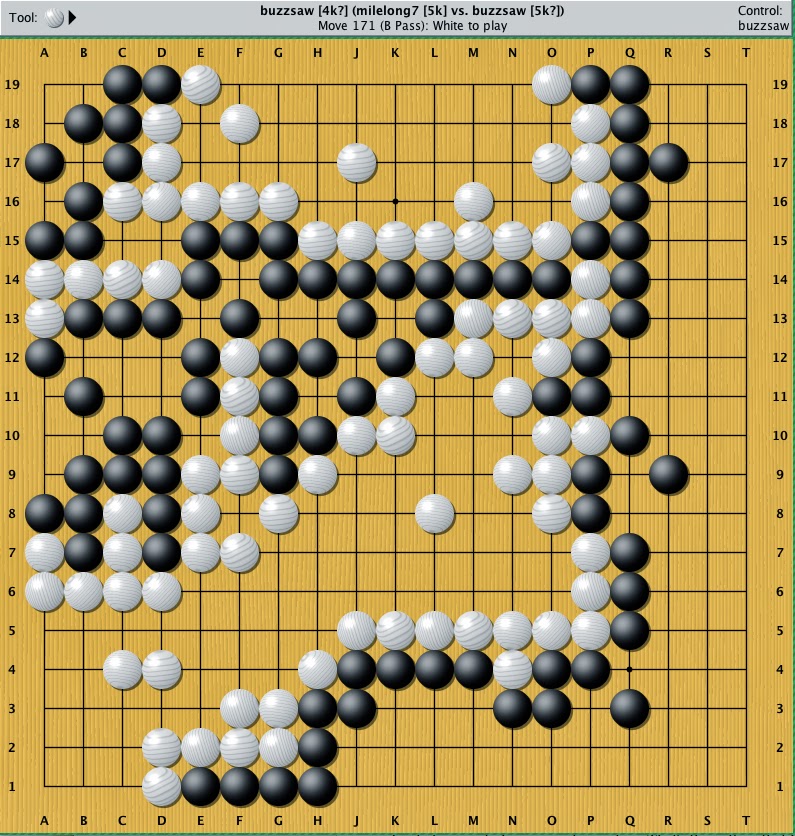 Look at that huge black moyo.

The lesson that I took away from Ben's analysis of my game was that it might have been better to sacrifice the two stones at n14 and o14 rather than run with the group the way I did. 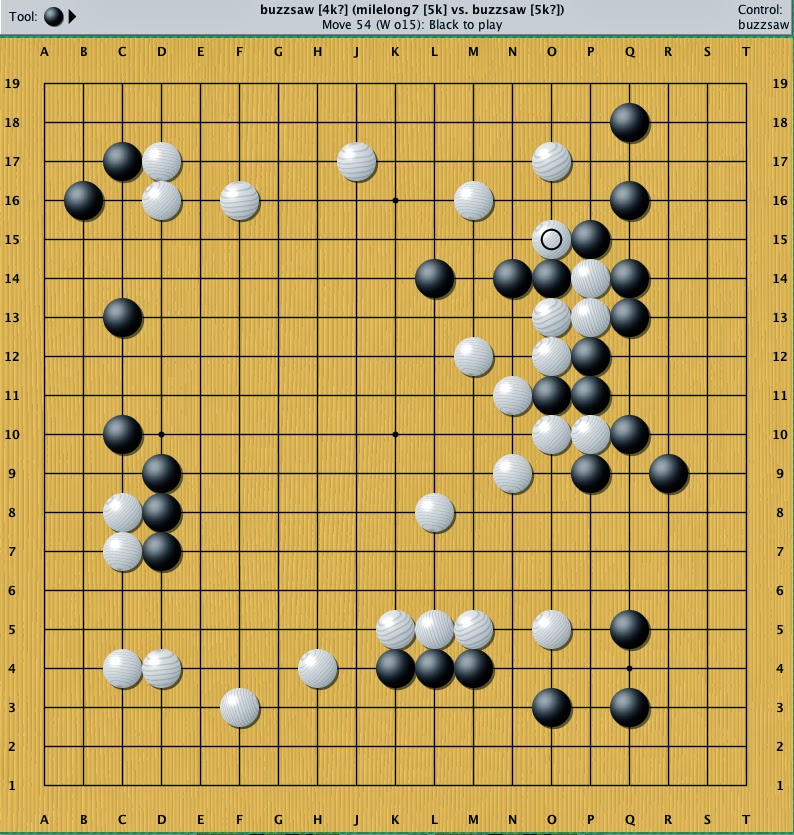 My rank graph won't start adding data points again until I get rid of that question mark, which is motivation enough to do so. I know it is hard to see the green line on the chart below, but it starts up at 5k over a year ago, and for about nine months it hangs in there at 8k. My graph has the peaks and valleys that come from playing just enough rated games to keep my rating active, usually with the 6k rank bot, who is a reasonable player. This is the pattern that I want to break now. 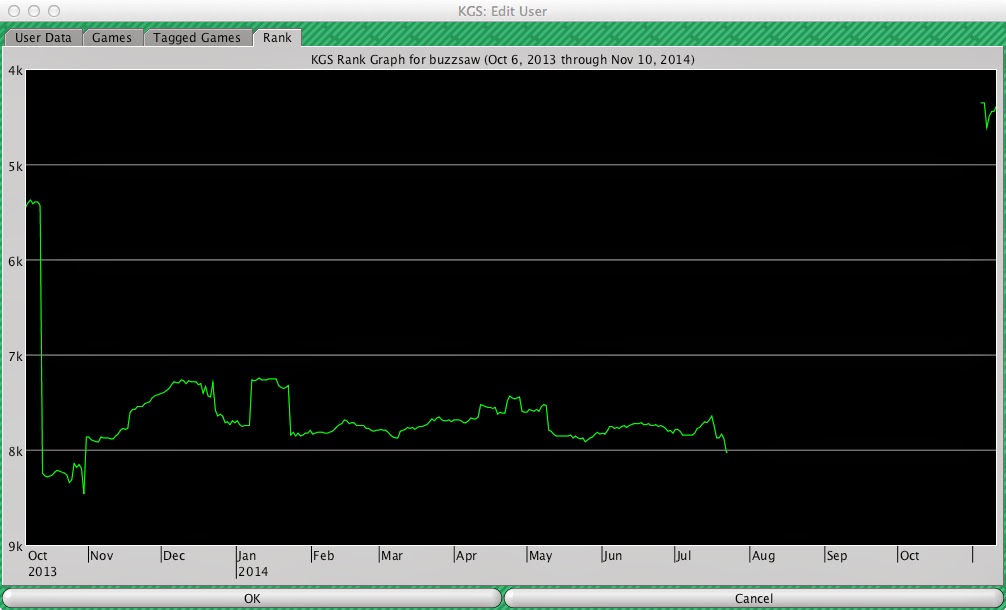 I should have played the remaining three games I needed to meet my goal, but I am weak. When I told Ben I wanted to leave the rank in place for a day or two he understood and told me that I need not be in a hurry, so I feel okay about my decision.

Perhaps later today or tomorrow I will lose the rated game I must lose to stabilize my rank. I will definitely play it soon. I should probably play it before my lesson with Yilun Yang on Thursday. I wouldn't want to set up any unrealistic expectations by presenting him with that crazy 4k? rank. It would be much better if I had settled in at 6k by the time my lesson rolls around.
Posted by Terri at 9:36 AM

do you want to try playing Go online event ?
i have managed for the turney 9x9 board on saturday ..

maybe you interest to join\

Interesting blog. Worry not about the rank, worry more for your love of the game and if that ever has a ? next to it! Strength comes later. Maybe we could play? I am Dreamrace?

Haha. Thanks for the shoutout! I'm definitely looking forward to seeing your future games as you figure out where your rank really is. Ganbatte!

Stacey Bruno said...
This comment has been removed by a blog administrator.
6:42 PM