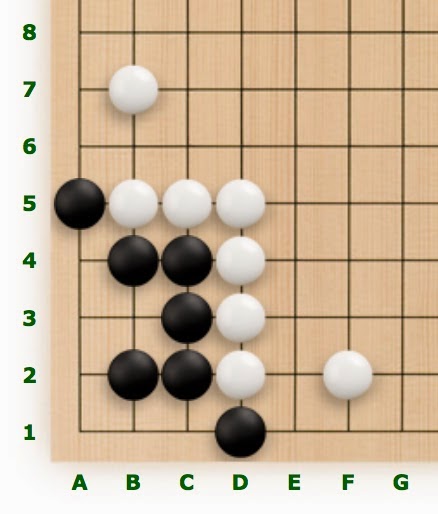 
This is a problem from the "Corner Shapes 5A - L shape" lecture from the Guo Juan Internet Go School. I watched the lecture recently and added the problems from the lecture to my Training System problem set.

Today this problem was presented to me again. The last time I had seen it was a week ago. Today I (white) solved this problem easily beginning with a stone at A3. Black answered at A4, and I (white) threw in at C1.

I was rewarded with the information that my answer was correct, but rather than move on quickly to the next problem I took a little extra time with this one. 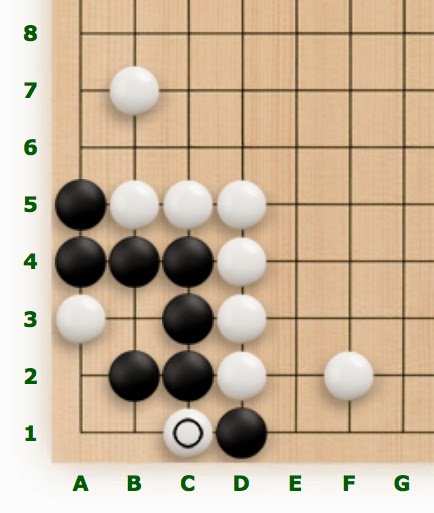 Looking at the final position I said to myself, "I believe it is dead. I am sure that the reason the system tells me this is the correct answer is this that no matter what black tries next, white will be able to stop him from making life. But I want to see what happens if black continues to play."

One of the nice things about the Training System is that it allows you continue to add stones to the problems even after they are solved. This is particularly nice for weaker players, such as myself, who need to see stone-for-stone what might be obvious to a stronger player.

In my first attempt to help black I played a stone at B1. The obvious white response was to play at A2 to take away black's opportunity to make a second eye by playing there himself. Black is obviously dead after this. Even I do not need to see anything more. 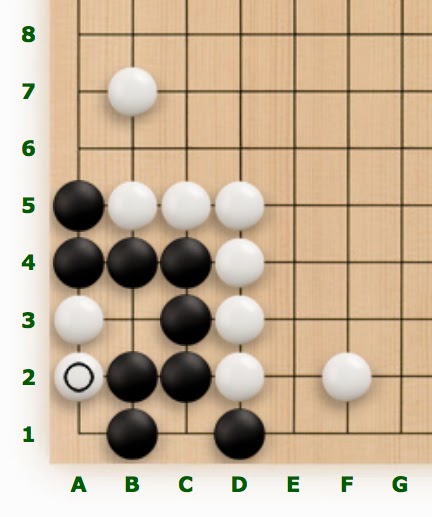 That entire sequence was easy for me to visualize without putting stones on the board. But was there more that black could try? Yes, there was.

Starting again from Diagram B my next attempt to help black involved playing a stone for black at A2. This was a much trickier move. The correct white response required much more reading this time. I extended the initial throw in by adding a stone at B2. Even if black take at A1 white can throw in at C1 to prevent black from making a second eye with a play at that point. I can visualize this sequence too, but it is harder. 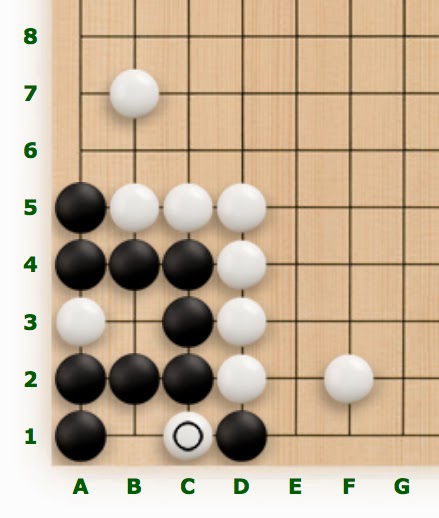 By the way, there is one other internal move that black might make at A1, but it isn't worth considering because white doesn't even need to respond to it. If black plays A1 in Diagram B he dies in gote. 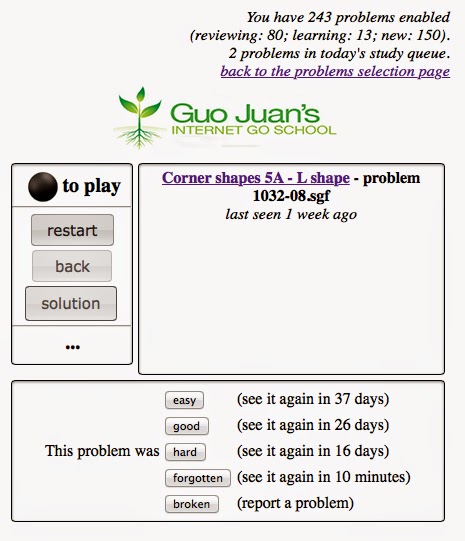 This problem was actually easy for me, but I rated it as "good" because I wanted to see it again sooner than 37 days from now. I'll see it again in 26 days.

I love your Training System reviews! Thank you!

You are very welcome. It is such a pleasure to use the system every day.

Verifying a problem is always great practice for reinforcing concepts. I find myself doing the same thing with a lot of life and death problems as well. Glad to hear that you are making steady progress!