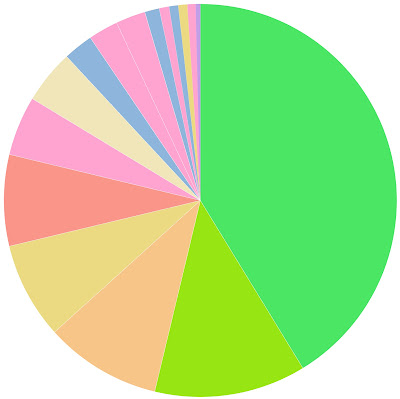 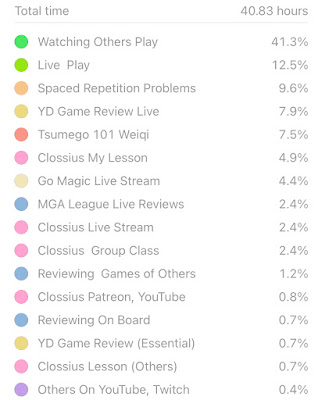 I spent over 40 hours last week on Go Activities. A good chunk of my time was spent watching others play, specifically my good go buddy Drewch on the Fox go server.

I decided to try to rank up to 4k this week on Fox. I only needed two wins in order to do it. However, things did not go as planned. I had five losses in a row on Fox over the course of two days, and now I only need two more losses to rank down to 6k. This rank down now seems as inevitable as the rank up had seemed previously.

I am in a disturbing downward spiral.

I played ten games this week. Half of them were league games played on either OGS or KGS. The remainder were rated games on Fox.
I did manage to kick some Canadian butt last night. It is the last game for the week.

I have been asked to replay my losses on a real board. I'm not a fan of the process yet, but I did spend over an hour this morning replaying three of my losses from last week on a real board in preparation for my lesson this afternoon.
I was a bit of a slacker this week with my go problems. I only got in 520 problems from the 101 Weiqi web site.
I did manage to do a timed test of the cutting problems. I came in at only 88% accuracy so I will need to be working on that set again soon to raise my accuracy to at least 90%. 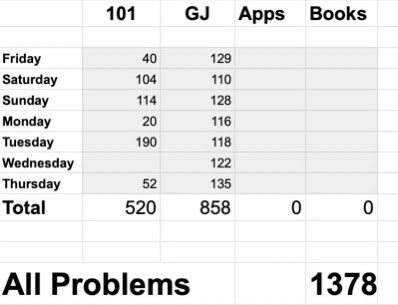