My Week of Go Activities - Moving Up to AYD League C1 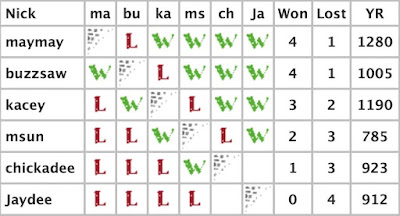 Last week In-seong Hwang predicted, "Something good is coming." Last night I played my last match of the current cycle of the American Yunguseng Dojang, and something good did come.
I won my final match by 1.5 points. This was an important game because if I were to have lost it I would have remained in the C2 League, but since I won it, I will rise to the C1 League.
The game was a good one including a fairly epic ko. In-seong saved the review until the end last night, and introduced it as the classic AYD match. That made me chuckle a bit.
Below you can see that I managed to win 14 out of my last 20 games in AYD, but more importantly, I managed to break the 1,000 level in the YD rating system.

My good friend, Drewch, had an important match last night too. It determined if he got to stay in C1 or fall to C2. Thankfully he won his match which means that Drewch and I will be going head to head again very soon. Ben Mantle streamed our most recent match which occurred in cycle 1 of the current season. Perhaps we can get him to stream the upcoming match.
Now for the usual weekly activities information: 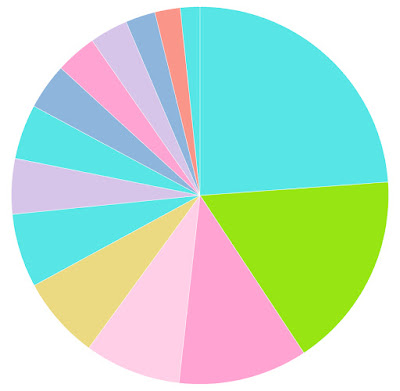 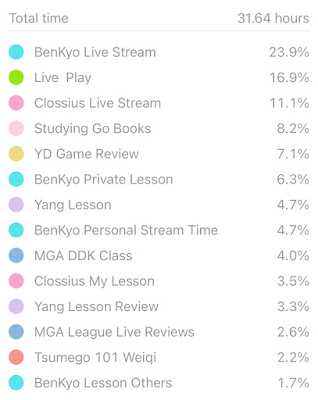 I spent nearly 32 hours on Go Activities last week. It was a slow week.
It may have been slow on activity, but sadly, it was fast in terms of my speed of play. I was having trouble making myself play, and I decided to go back to the Fox server Tuesday afternoon after having not played there in a number of months. I proceeded to play and lose six games in the course of an hour and 20 minutes.
I got some good advice from a strong go player though, who advised me to stop playing for the day if I lose two games in a row. That is a good idea and I will try to make myself do that in the future.

I actually played nine games on Tuesday. Late in the evening, after playing my MGA League match, I returned to Fox for revenge. I won two games that night on Fox.
During my Private Lesson with Ben Mantle yesterday he reviewed my first three Fox losses. I will save the final three for Clossius today in our streamed lesson which has been scheduled for 4:30 PM EDT.
Posted by Terri at 11:45 AM