My Week of Go Activities 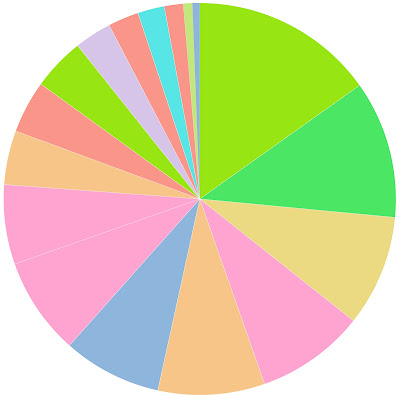 I have sliced and diced my categories to the extent that the resulting pie chart has come to resemble a Baduk Beach Ball. 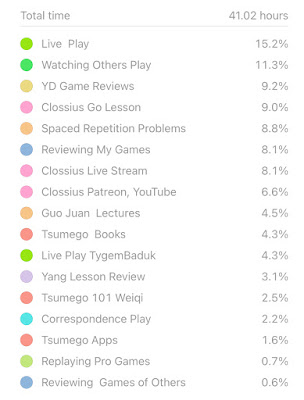 I put in over 40 hours on go activities this week. Live Play on Western Go Servers came in at over 6 hours. It is the number one activity again. I played 13 games this week, not all of them on Western Go Severs. There was a handful of small board games that contributed to the recorded time, but they do not appear in the Games List. 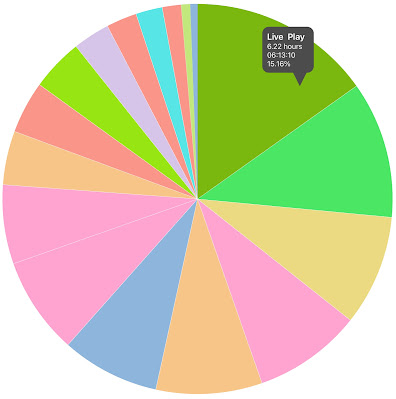 Clossius suggested during my last lesson that I play some games on Tygem because there are crazy fighters there. I have created a new category of Live Play devoted to time spent on Tygem. Adding my  two Live Play categories together Live Play comes to over eight hours. 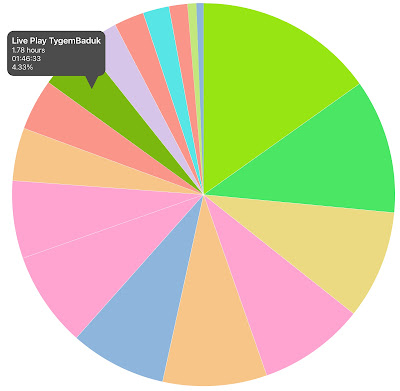 I created the new category because play on Tygem has been a very mixed bag, and I wanted to separate it out to keep an eye on how much time I am spending there.
I discovered that I had created an account back in 2011 with the user name buzzsaw. I am nothing if not consistent. I registered as an 18 kyu at that time, and played three games spread out over 2011 and 2012. The rating seems low, but I think it may be right for the server. 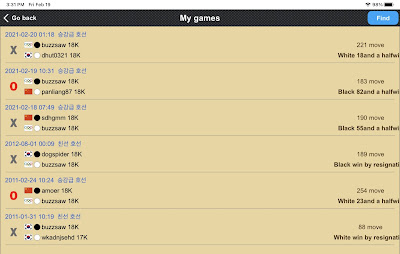 I played a 9x9 there against an opponent who had clearly lost. He then held me prisoner while he played nearly every legal move left on the board. He finally ran out of time when there were four legal moves left, and he could not find one of them in time. I am black. 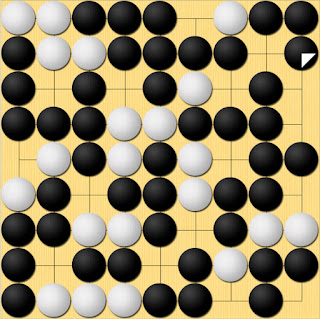 I played a 19x19 game against a player who repeatedly asked to score the game while the edges of territories remained unresolved. He passed quite a few times. He did not seem to know how to end the game. 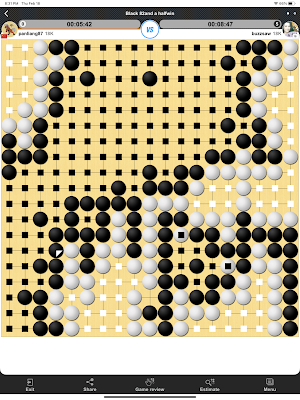 I played a 19x19 game against a player that trounced me. I an white. 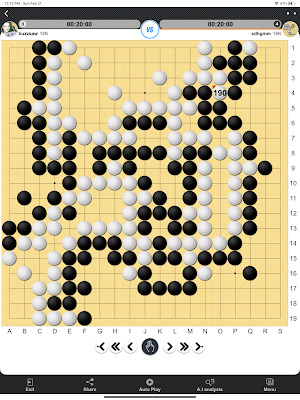 I notice players at 18k on Tygem with over a hundred wins and no losses. Could they be premium subscribers using AI? 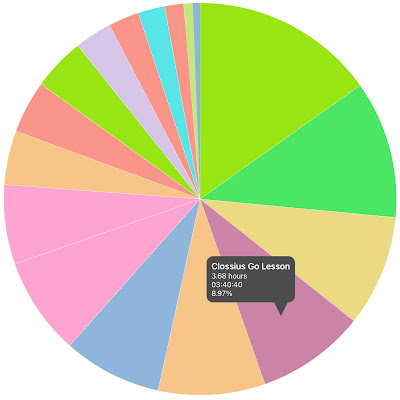 I’ve been getting my money’s worth out of my lessons with Clossius as you can see from the highlighted beach ball slice above. I spend a significant amount of time reviewing my lessons later in the week and taking notes. At some point I may do a post with specifics about how I am using Evernote to enhance my go study.
Essential Go Activities:
14:55 (hours : minutes)
About 1/3 of total time spent.
8:09        53%       Live Play
3:27        24%       Tsumego
3:19        23%       Game Review
Something new this week is a spreadsheet that I developed in Google Sheets to serve as a launch pad for game review during my lessons with Clossius. During our last lesson he asked if I could color code the wins and losses. I think I did a pretty good job of it. Below is a screen capture.

I know it is hard to see, so here is a crop of the list of games. 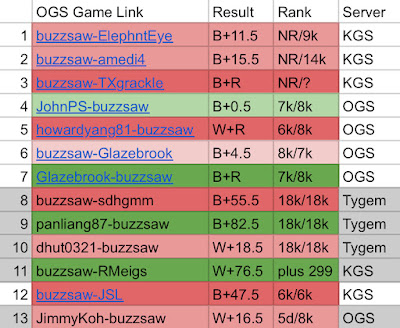 Numbers below are live links to games on OGS
1     2     3     4     5     6     7     12
Gray rows are unavailable for review because they have already been reviewed, or because they are Tygem games. I have not yet figured out how to harvest the sgf files from Tygem games to upload them to OGS.
Reds are losses. Greens are wins. Darker colors are larger margins. Lighter colors are smaller margins.
I’m going to try to figure out a way to share my spreadsheet with Clossius so he can use it as a launch pad. In the mean time I have provided links via the row of numbers. This way the blog can still function as a launch pad during lessons. Plus anyone who is reading this blog can still view most of my games if they are interested.
Posted by Terri at 4:10 PM